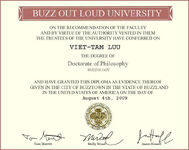 Tam was born in Switzerland, grew up in Canada, and moved to California in 1999 where he has since resided. As a software developer specializing in system software and 3D graphics, he has worked for such notable companies as NVIDIA, VMWare and Google.

A self-described computer-geek-turned-car-geek, Tam's free time is predominantly spent wrenching on his race cars, and when they're running, racing them with the Sports Car Club of America (SCCA) at venues around the San Francisco Bay area such as Infineon Raceway and Mazda Raceway Laguna Seca.

Tam was an early pioneer to the "World Wide" Web, and has had an online Web presence since 1994, his junior year at the University of Waterloo. He has a personal website and blog, manages a number of other websites, and also has active accounts on Twitter and Facebook.

Having been on the Web since the NCSA Mosaic days, Tam claims to have been the first person to create a "home page" for his dog. More notably, his long-defunct website Why Windows 95 Sucks was once mentioned in Windows Magazine and Wired.

Tam has been a listener and fan of BOL since 2006. He also fondly remembers the long-bygone days of CNET Radio and has been a regular visitor to CNET's websites for over a decade.