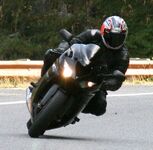 A lowly Airman First Class in the Buzz Brigade and only occasional visitor to the BOL chatroom, oakie can be more commonly found commenting about electronic gadgets on his favorite websites or composing articles for his personal blog while listening to the BOL podcast. He has also been seen writing snarky, yet detailed, user reviews on mobile phones for CNET Reviews.

The result of a catastrophic condom blowout in late summer of 1975, oakie sprung forth into the world during spring of 1976 in Seattle, WA. After graduating from high school in 1994, he enlisted in the USAF in 1995 and was honorably discharged in 2002 after serving 7 years, 4 months, and 9 days. During an extended stay in Japan from 1997 thru 2000, he gained an unnatural affection for portable electronic devices, especially mobile phones. The resulting condition led to the acquisition and molestation of tens of devices; some bought and sold on the open market while yet others were acquired by less than legal means on the grey and black markets of the underground mobile trade.

oakie has currently settled on the first generation iPhone, a device that has managed to convert a once loyal Windows enthusiast and hardware hacker into an over-enthusiastic Apple fanboy. He has recently, as of Q4 2008, completed the switch to computing devices entombed in anodized aluminum, although he still maintains a single Windows based media server he shamefully hides in a closet. The shame of being a literal closet Windows user does result in a degree of over-compensating: you will find him posing at the local Starbucks, updating his oft-ignored blog on his MacBook and listening to the BOL podcast on his iPhone or watching movies at home on his Mac Mini with Front Row.

Except for official documents and collaborative creations, oakie has an irrational dislike for apostrophes and capital letters but harbors an unhealthy compulsion for proper grammar and spelling. Despite the latter, he is known for run-on sentences and abuse of connecting devices; the comma and semi-colon being his two most frequently abused devices.

Etymology: oakie is a derivative of his last name, Okubo. A name that is easy to read and pronounce yet still difficult for many who encounter it, this nickname was created and used by his fellow airmen while in the service to avoid the needless name butchering. His surname is of Japanese origin; he was born to a second generation Japanese-American father and immigrant Korean mother.

Due to his mixed descent, oakie is very conflicted as he harbors hatred for himself based on generations of conflict between the Japanese and Korean people.

Aside from a blog on his MobileMe account and a couple of registered domains, oakie's presence on the internet is limited to his relatively anonymous surfing of other peoples' websites. you can see him comment on sites like Engadget, Gizmodo, and Lifehacker, as well as the monolithic CNET. He also offers an uninteresting peek into his almost daily life via Twitter, a photostream on Flickr, and pretends to maintain friendships with the help of his Facebook account.

Due to his odd sleep schedule, you will only occasionally catch him in the chat forum on BOL.

Despite being an enlisted brigade member for almost a year and working on a double major in both Buzzology and Ninja Studies, oakie is mostly a silent fan of the podcast. He is rarely able to catch the live stream due to a PTSD induced nocturnal pattern stemming from a childhood tragedy involving an assortment of Legos, a length of nylon kite string and a whisk. Unfortunately because of this, oakie is usually going to bed just as the live stream begins to air.

Despite these shortcomings, oakie still manages to catch each prerecorded podcast thanks to Apple's iPhone, a copy of Podcaster, and his trusty Apple In-Ear Headset (the cool new ones that fit). On a side note, he greatly misses the weekly video show at the Buzz TriTable that used to air Fridays on CNET TV.